THY QUEENDOM COME, THY WILL BE DONE

Queendom Come, called "Queen" for short, is an independent artist-songwriter hailing from the east side of Houston, TX, most recently dubbed “The Hook Dealer” after featuring on the mega-viral hit single, "Then Leave”, with Columbia Record’s artist, Beat King. Countless TikTok videos from all over the world and over a billion streams led to Queendom Come receiving her first RIAA Certified Gold plaque. Along with charting #3 on Billboard Bubbling Under Hot 100, #48 on Billboard Hot R&B/HipHop, Rolling Stone Hot 100, and more than 100 headlining, nationwide shows later in less than a year, Queendom Come has also shared her plans to release more of her own singles and future collaborations with industry favorites. In April 2022, Beat King & Queen went viral again on TikTok after teasing the fans with the new release, "Tuh," that's already made key playlists including Rap Caviar and Dirty Glove Bastard. Her drive, determination, mixed with such a smooth, edgy personality has led to Queendom Come becoming one of the most sought out voices in the industry. 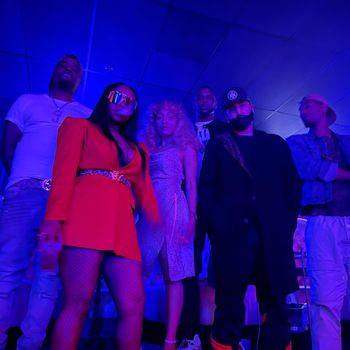 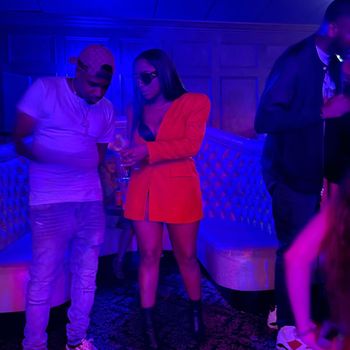 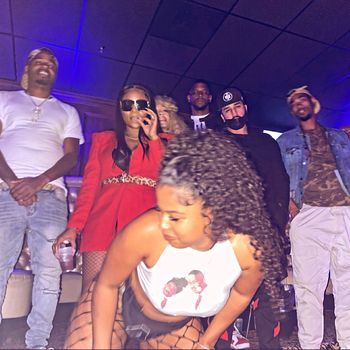 You've now found the staple t-shirt of your wardrobe. It's made of 100% ring-spun cotton and is soft and comfy. The double stitching on the neckline and sleeves add more durability to what is sure to be a favorite!

You've now found the staple t-shirt of your wardrobe. It's made of 100% ring-spun cotton and is soft and comfy. The double stitching on the neckline and sleeves add more durability to what is sure to be a favorite!

Meet your next streetwear essential—the oversized tie-dye t-shirt. The tee has a cool, relaxed fit and is highly durable thanks to its heavyweight cotton material. Join the tie-dye trend and order it for yourself today.

This gorgeous sports bra is made from moisture-wicking material that stays dry during low and medium intensity workouts. The bra has support material in the shoulder straps, double layer front, and a wide elastic band to ensure constant support.

You can never go wrong with shorts that fit just right whatever you're doing. And if the going gets hard, the vibrant prints will give you that little energy boost you've been waiting for.

• 82% polyester, 18% spandex
• Four-way stretch fabric that stretches and recovers on the cross and lengthwise grains
• Made with a smooth and comfortable microfiber yarn
• Overlock and coverstitch
• Comfortable elastic waistband